Spencer is a township presumed to be named for the Parish in which it is situated. Originally this area was known as Fernleigh.

The true name origin of Spencer is unclear, but it is believed to be named after George John Spencer, second Earl Spencer (1758-1834), who was first Lord of the admiralty in 1794, and who held this position until 1810. He was a mentor of Lord Nelson, and oversaw many of the Royal Navy’s victories over the French.

An old photo of Spencer: 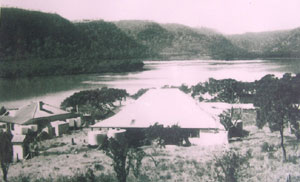